As has become a PSO2 tradition an update page with trailer, screenshots and little detail for the update named “Where Darkness Gathers” has arrived. Embedding the trailer below.

Given the pattern of previous trailers it’s fairly safe to assume that the background music will be the theme of Dark Falz. Or a least for one of his forms.

This update is fairly immense..

PSO2 will be having yet another live broadcast, talking about the upcoming update as well as attempting to play some of it. It’ll be broadcast here on the 4th of December, the day before the update. 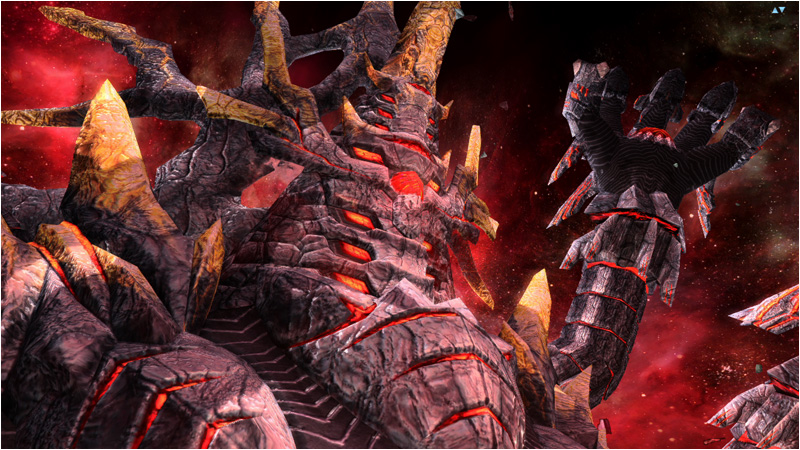 Falz will be appearing in an emergency quest which was already talked about. This quest won’t actually be arriving until the 12th of December, however.

As was explained before, defeat enough Falz Arms in the time limit in order to battle against Dark Falz Elder. However, it tallies up the total number of arms defeated by the entire ship, it’s this that determines if you’ll be able to go on to fight Dark Falz Elder or not. The game will inform you at various intervals how well your ship is doing. I wonder if the Falz Arms that are defeated on Normal will be worth as much as the ones defeated on Very Hard? 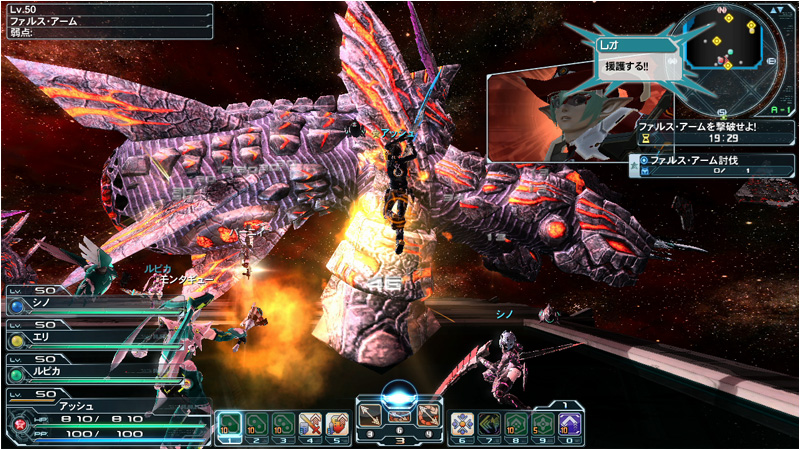 You’ll be battling Falz atop a chunk of a destroyed Arks Ship, somehow being able to breathe in space. It’s ok, we could apparently breathe in space in PSU as well. Probably because photons.

Notice the white names in the above screen-shot, confirming that it’s a multi-party quest. Also, remember this thing? There seems little doubt that it is in fact a Falz Arm that we see flying off at the end of this trailer. I wonder if, like other Darker bosses, Falz Arm will be able to spawn anywhere in the world. Falz Elder probably won’t. I imagine you’ll need to complete this emergency quest at least once in order for it to show up outside of the quest however, the same as you have to with Fang Banthers.

Something that was found some time ago through data-mining were suggestions that rare maps would be coming. Looks like that just got confirmed in the form of “parallel maps”. During regular runs, a teleporter may appear that will take you to a parallel universe. Rare monster encounter rates are boosted in these maps, so you’ll want to find them! 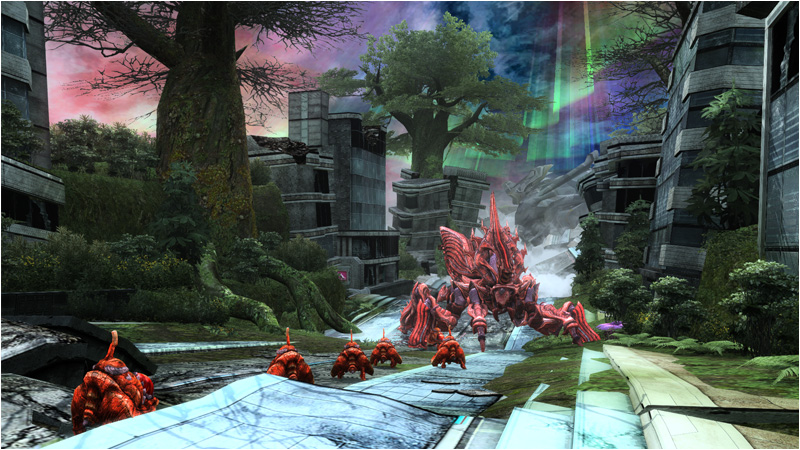 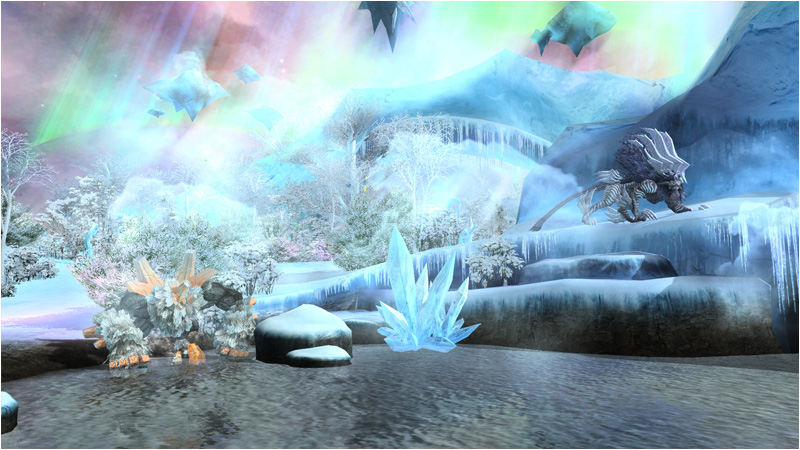 Those areas certainly are pretty. These are the only three fields are shown off, currently, so presumably the parallel variants of the other fields aren’t completed yet. 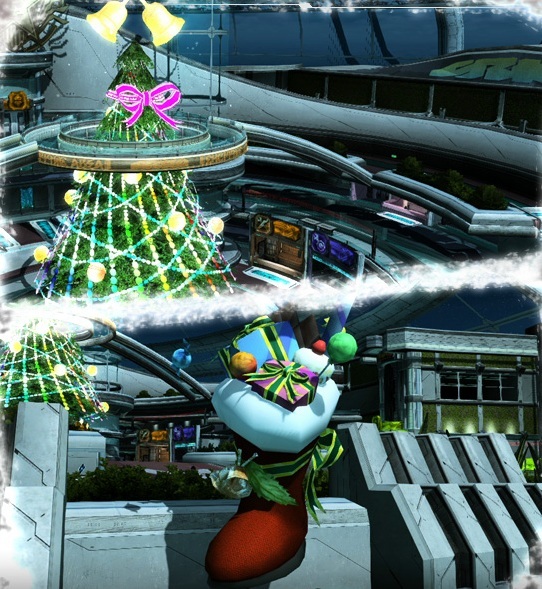 The lobby will be all Christmas-y leading up to the death of millions at the hands of Dark Falz. 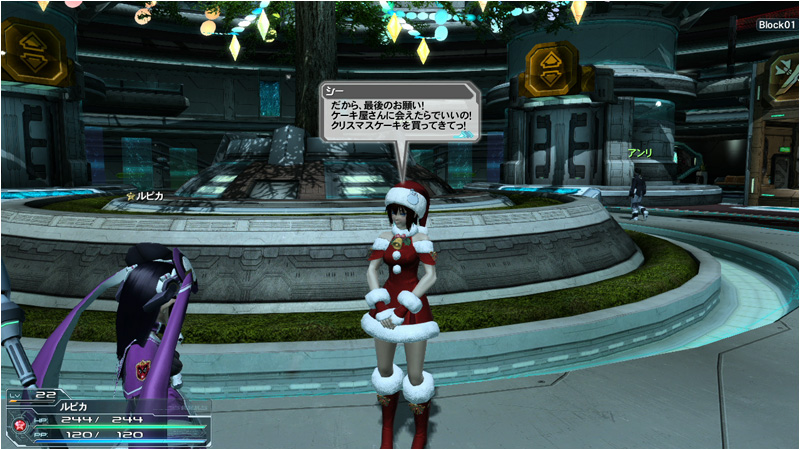 Xie will also be back to give out Client Orders as she did for Halloween and, just like then, will give out a special item for completing all her Orders. I guess she’s set to become a seasonal event NPC at this rate.

Magic Rocks are Back

The magic rocks are back, as the sub heading indicates. So far the only rock is Iritista which can be exchanged for various 10* weapons. 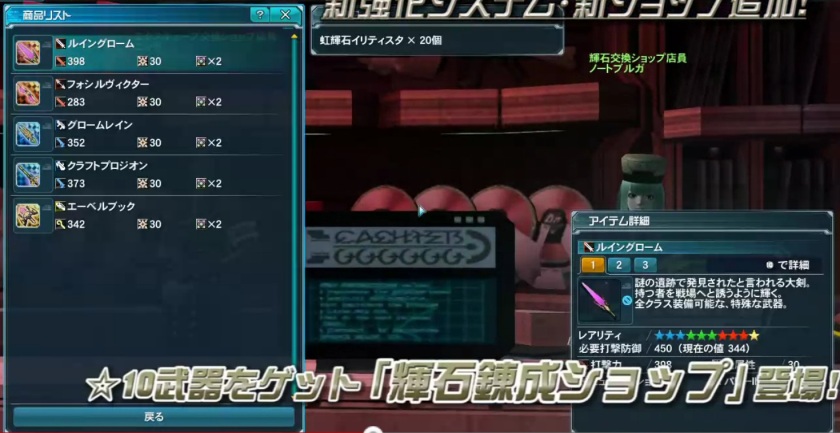 The 10*s you can exchange them for seem to be rather lackluster. That purple Ruins Charm, named Ruins Gloam, is weaker than Lambda Alystine.

Have a nasty feeling that the stones themselves will be much harder to acquire than the stronger 8/9* weapons too, but that’s based on nothing more than a feeling.

Time attack quests will now be solo-able. How the missions themselves have changed isn’t revealed yet as far I know. This change should also be introducing new Client Orders for soloing these quests. .

Joining Parties in Other Blocks

Loved the idea when it was presented back at the start of November, so it’s great to see it’ll be with us soon. It’s one of those features that feels like it should have been in the game from the start.

This is one of the promised features to be added, an increase to the number of simultaneous Client Orders that premium users can register as well as a boost to medical drinks (also for premium users) will be added.

Really not liking the sound of the premium-only medical drink boost, it has some real potential as a true pay-to-win feature.

This update doesn’t seem to include the “Darker Nest” field, which contains a couple of new enemies (the mantiswarriors!). I’m also not sure if this update will include the rare variant of Dargash, but we’ll see on the day I suppose.

The update site indicates that there will be no story mission this month, as the grayed out buttons on the update site are “System” and “AC Scratch” respectively. Possibly due on the 19th of December.

Looking further ahead, there’s the question of whether or not the Vita release will see a mission involving Hadred being added, which is the named version of a new dragon-type enemy (which also has a rare variant).

To finish this post off, a concept piece of Falz Hand from Sakai’s blog. Incidentally, according to Sakai we’re not quite done with the first Episode just yet. There is more to come in January with an update tentatively titled “A Future Worse Than Death”. 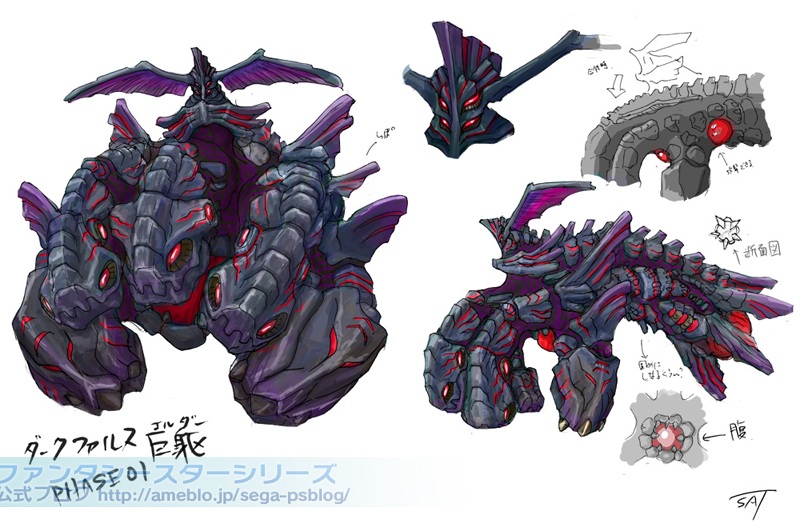