In this post I’ll talk a bit more about the things shown for the newly revealed field, currently named “Quarry” by the community. Embedding a video below that displays the new field, uploaded by PSO2UP. 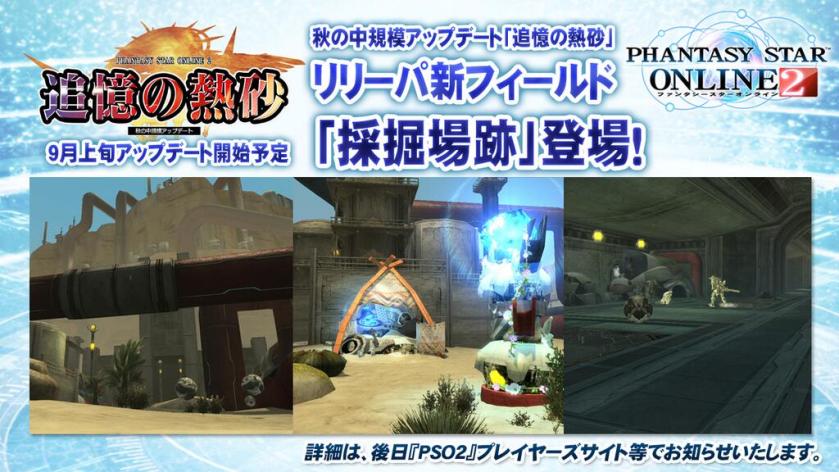 Quarry is the third field on the planet Lilipa, which data has only really hinted at for some time with the somewhat vague internal name of “Lilipa3”. It’s an abandoned mining facility that the Lilipans have made their home, despite all the hostile machinery about.

This new field is due to arrive this September.

This section will list enemy names that were spotted in the videos released so far, with pictures where possible.

Yakuto is the kana used for “Jagd”, a German word for hunting. “Balger” is a bit more difficult to place.

This pair of mecha wolves use the Phongalph skeleton. One wields blades in its mouth and uses a jetpack to deliver powerful thrusting attacks. The other has a twin cannon mounted on its back for.. well I’ll let your imagination fill in the blank there.

This monster sort of resembles Cougar, but whether it’s using the same skeleton or not is a bit hard to tell from this little footage. Even if it is, the enemy behaves nothing like Cougar so far. It wields a sword and appears to have a weak-spot on its bum.

Stark Gun seems to be using the Gilnas legs skeleton or at least resembles it. Packing a cannon which is seen firing a large laser-beam and what may be rocket launchers this enemy could be troublesome. 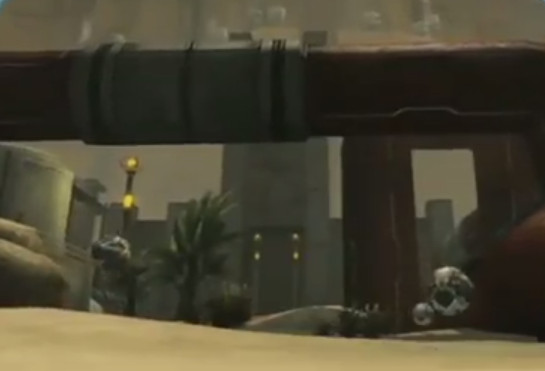 Kindidds are an enemy that Big Vardha spawns during its boss fight. All this enemy appears to be is a wild variety of it.

You can see it around the 3:06 mark in the video embedded in this post but it’s too blurry to really screenshot. However Guardinanes are a well known enemy that inhabits the Tunnels field on Lilipa, so I imagine the enemy will behave similar to that.

At first glance, I was surprised to learn that the field has three bosses. Barba Lilipa, Vardha Soma and Blu Ringahda. This isn’t the case however, as Barba Lilipa is a rare encounter.

Barba Lilipa is possibly a pun on “Barbarian”. In the Japanese it’s Barbariripan, but the pun doesn’t really work in English. Will be interesting to see what the official localisation turns out to be…

Despite clearly using Rockbear’s skeleton, it looks to be a fight that will be nothing like either it or Wolgahda. It can pull various weapons out from its backpack, thrown and melee weapons are shown. Reminds me a bit of Mimiga transformation in Cave Story, only after defeating them in their mutated forms the Lilipan returns to normal instead of dying.

Vardha Soma is the detached torso of a Big Vardha, naturally. You might expect that this would make it Quarry’s main boss but observe the quest goal text. It matches the style used for an Arks Quest, not a free field. This would make Vardha Soma technically a mini-boss, although thanks to the likes of Goron Zoran the line between miniboss and boss isn’t as definitive as that any more. Like Goron Zoran, despite being a “miniboss” you only fight one of it at a time instead of two or three when you face it with a party of two or more players. 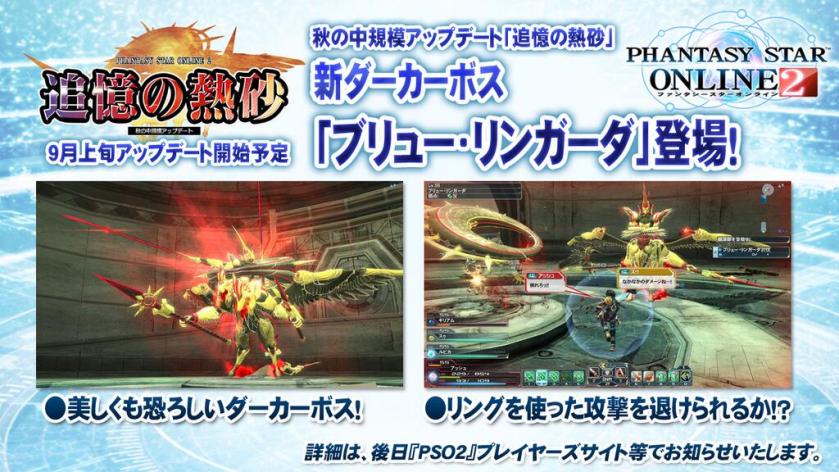 Blu Ringadha on the other hand is shown with quest text that does match the style of a Free Field. That makes it the field’s main boss, despite my initial expectation and assumption of it being a mini-boss. This is unexpected for two reasons for me. One, I thought Blu Ringahda was going to be the miniboss of the yet to be revealed “Seabed” field. Two, it’s a bird-type Darker. While story quests and the Advanced Quests do have fish-type Darkers typically the planet has been the domain of bug-type Darkers. I expected Quarry to be crawling with bug-types, perhaps even new ones of that type.

As for the name, it’s suspected to be a pun referencing an enemy from PSO; Chaos Bringer. They are both centaurs and both are dark-types of sorts (one being D-Cell the other being Darker).

Blu Ringahda has a large variety of ranged attacks, as well as being fairly nimble on its feet. This is going to be a fun fight for melee types..

Well despite being inhabited by bird-type Darkers, the “birdsoldiers” have yet to make an appearance, so they’re at least likely to turn up in the unannounced Seabed area.

Given there is now a third area for Lilipa coming up I wonder if a new Time Attack quest will be crafted to go with it? An Advanced Quest seems unlikely until Seabed is out (they come in threes, afterall), which won’t be until December. This raises another issue for the new class, as Braver currently lacks any Advanced Quest exchange items, Iritista stone items or anything from Extreme Quests. If the old exchanges aren’t going to be updated, will Braver really have to wait approaching six months to be on equal footing with the other classes, gear wise?

[Thanks to Epsiokaos, Qwerty and Agrajag for names and discussion]