With the very last update of the expansion now out, Episode 3 is finally coming to an end. Since we learned more about the expansion after the 37th broadcast the reaction from the fan-base has been generally positive. Well, it’s more either one of excitement, one of bewilderment or one of utter hatred that I’ve seen, though I’ve not seen many people react as negatively at that. It did lead to some forum-based comedy but this blog isn’t the place for that so, ahem. In around 10 days, we’ll be… doing largely what we do now only in a new place I guess.

Just gonna verbally vomit about some of the things that have recently been shaping the PSO2 experience and having thoughts on where the game may be going next, based on what we know so far.

I’d relate this to my inventory woes if they weren’t giving us a significant expansion soon. PSO2 has had stone exchanges for some time, dating all the way back to Dark Falz Elder when it was initially released. Then of course Advance Quests added stones for each of its fields which would be doubled later down the line and Extreme Quests added its three sets of three tiers of stones. Dark Falz Loser, Ultimate Quests, Profound Darkness, eventually the Mining Base Defense quests and even  a Free Field all added their own stones. 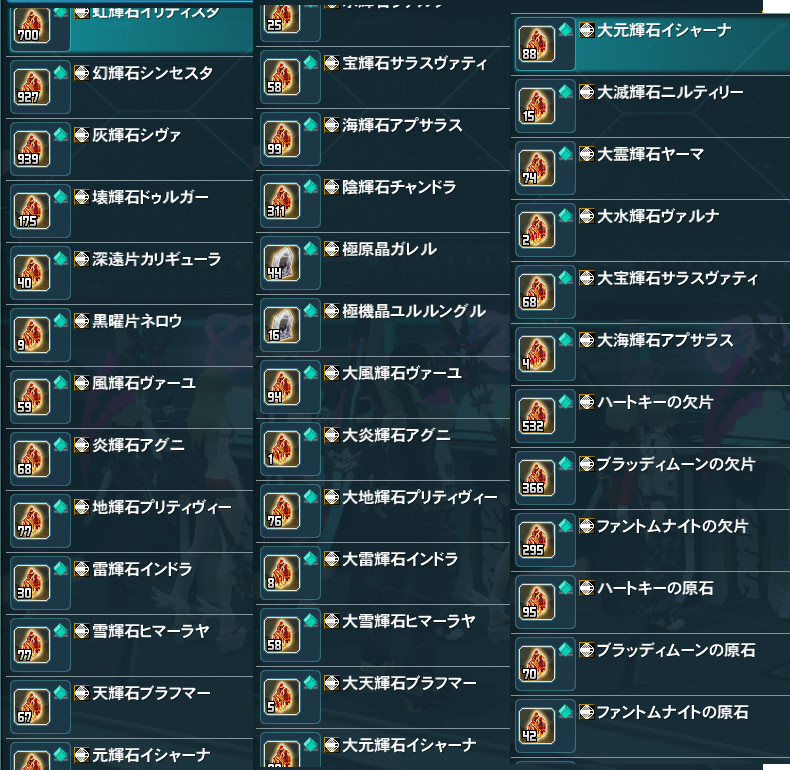 It’s not a wonder people’s inventories are struggling so much currently with the sheer volume of stone currencies available and the new stones we have yet to get. Nagoya’s event revealed that there are at least two more currency items; Tokyo’s area weapons and a new currency attached to the featured quest system.

I don’t actually mind currency grinds necessarily, they do offer a sense of progression after all and aren’t usually as subject to the whims of poor luck. It’s a system of “get lucky or get the gear eventually anyway”, which is generally something I approve of as it mixes progression with the thrill of chance. I also think it’s a good thing that, overall, it’s a lot easier for people to get themselves some decent gear for the sake of making MPA raid quests more… consistent. The issues with the grinds we have come down to the already mentioned inventory woes and the fact that most progression systems in PSO2 are time gated. There’s also the uncomfortable fact that a few progression chains are absurdly grindy, particularly the Ultimate Quest weapon grinds. I’m not gonna say what an “acceptable” grind is however, as it hugely varies from person to person.

But yeah, Advance Quests are gated behind caps, Extreme Quests behind a daily pass (although there are a number of ways you can get additional passes now at least) and of course the likes of Austere and Orbit are both hidden behind Emergency Quests, which is the style I detest the most. While many stone drops are RNG themselves, I can’t help but feel that gating stones behind an RNG schedule somewhat defeats the purpose of them; especially the sheer number of runs they seem to expect players to put in.

I still believe that these currencies really should have their own dedicated storage; entirely separate from our regular inventories. Anyway, whether you like them or not stone grinds seem to be something that is only going to be expanded upon rather than go away anytime soon.

One new field. Singular. So far, this means that Episode 1 is the only time the game has arrived with multiple fields, although even it started off with just 2 fields back in the Alpha days. Overall the number of fields added over a given time period seems to have gone down; Despite it lasting longer than Episode 2, both it and Episode 3 added a total of four fields to the game, three of which are accessible all the time in each. Not a bad thing if those few areas are more compelling, after-all Desert was kind of incredibly dull.

If Episode 4 lasts one year, its plausible that it too will end up adding 3 fields, with a 4th one walled behind an Emergency Quest or something. We know we’re at least getting 1 other field on Earth, but it doesn’t seem to be on the current long-term schedule at least. As the anime and in-game stories move on, it may be easier to speculate where we’re headed next, although the giant blue tower (that may belong to the ESC-A OS company) seems a tad suspect.

Related to fields, we still have the fact that no areas before Kuron have Extra Hard difficulty yet either, though in part that may be due to the developers wanting some incentive to run Emergency Quests and the fact they’ve sort of designed themselves into a corner. If they want to release an Extra Hard difficulty for any field, they’d have to add a new currency and some exchange weapons for them to keep them relevant, which is not only awful for our inventories but a pretty taxing task on their end too.

There will be new story quests, fairly expected. Who knows if they’ll be any good, its hard for me to judge not understanding the language. In fact, between now and Summer we seem to be set to get three story chapters. We’ll still only have the one field for all of these, although presumably one of those chapters will have to do with the raid boss (assumed to be the data-mined “Phantom Goddess”). Interestingly the schedule lists “Story Board events” separately. The Story Board is the spiritual successor to the Matter Board, but it otherwise hasn’t been explained how the new system may be different to the old one if at all.

Incidentally. selecting Episode 4 when you log in will only prevent you from playing the story quests for Episode 1 to 3.

There’s still some missing information regarding Summoners, but we do know a fair sight more than we did. Bumped did a large write-up here, which explains the upgrade and customization process for your pets. I’ll summarize a bit below. 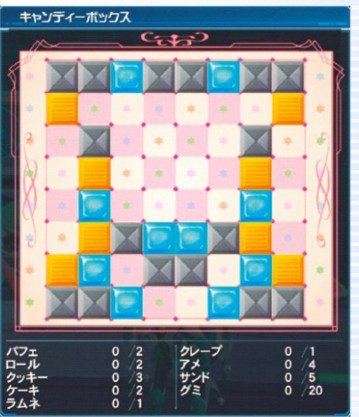 So you customize your pets through use of Candies. These candies are placed on a grid, which contain caramel cubes, jelly cubes and paper cubes that occupy space on the grid and prevent you from placing candies there. You can use caramel crushers to get rid of the caramel cubes, but to get rid of the jelly cubes you’ll need to level up. You can’t get rid of paper cubes. To level up, you need to perform Egg Synthesis, which is time-gated much like feeding a Mag is. Candies themselves can be upgraded through grinding, with higher rank candies requiring lambda grinders. This is sounding rather time consuming, which isn’t a bad thing in and of itself. My bigger concern is the candies and eggs are going to take up even more inventory space!

Thankfully, you shouldn’t notice unless this system adds an absurdly high number of items. With the arrival of Summoner we’ll be getting a free character slot and each character has a personal expandable storage of 300 slots. So you can easily roll a mule if you need to.

I talked about the skill tree before., but some information has since come out for a couple of skills. For one, it’s “Dear Master” not “Tear”, but I couldn’t make out the “de” from the low res pic I was working with.

Dear Master is effectively Summoner’s Iron Will as I understand. There’s a chance you won’t die if you take lethal damage (your pet takes it instead). Handy for the more fragile classes I guess, depends on if there are points left over to spend on insurance skills like this. Trouble is, Summoner seems to have a fairly high HP pool by default..

Alter Ego boosts the power of your pet, but damage your pet recieves will be shared with you. Could be useful for more durable classes to take.

Point Assist is a personal Weak Bullet that only works for your pet and your pet only.

Pet Sympathy increases the effectiveness of Shifta or Resta depending on your pet’s demands. Sounds kinda too unpredictable to be useful…

Hp Restorate gradually recovers HP if it falls below a certain amount. The amount isn’t specified but it sounds like this skill could clash with Automate Halfline and the likes.

Subclass Grow Up is possibly the dumbest skill I’ve ever heard of, as all it does is boost the EXP given to your subclass. That’s it. So what use is it once your subclass has hit its cap? Oh and it’s a main-class only skill, so you won’t be able to use it to level up Summoner!

As far as I know there’s still been no mention how pets behave without a baton or if they can even be used without them. The majority of Summoner’s class skills are still not terribly well understood either, which limits speculation on subclass viability.

Update: Just found out there’s a note at the bottom of one of Shougai PSO’s posts noting that pets are main-class only. Shougai is a very trustworthy site, so I have little reason to doubt them. If they’re right, then this really impact’s Summoner’s viability as a subclass, especially due to how many skills are dependent on a pet and the arrangement of its skill tree. 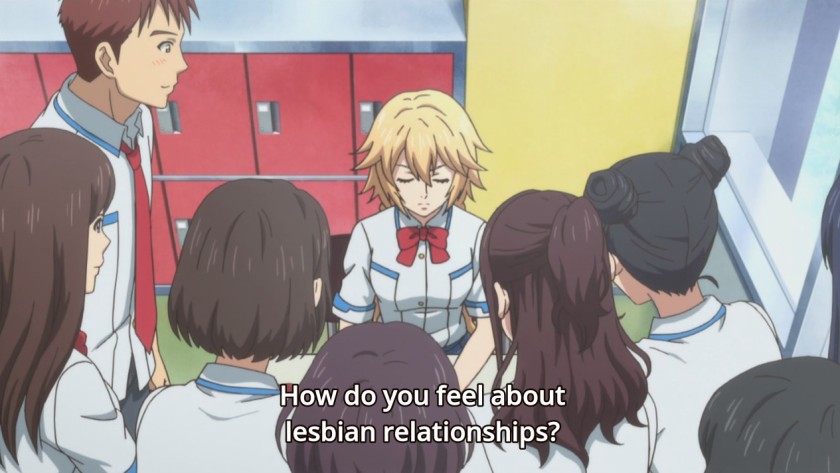 All in all, I’m interested enough to see where the game goes. Yes the story has some cheesy roots in a very average Anime but that we’re leaving Dark Falz and friends behind (even if temporarily) does make me ponder about what kind of direction the game’s story will take. This is both for now and after the adventures of some high school kids no one cares about. They gotta do something with it, after-all we’re still a fair sight away from the 10 year projection Sakai wanted for the game some time back!

The decisions about the game itself have been equally strange, with half implemented systems from way back getting little attention and the new summoner skill tree baring an unsettling resemblance to Episode 2’s design philosophy…

This post was originally considerably longer would you believe, but seeing as the 38th broadcast is tonight, I figure I might as well wait to discuss certain things. I speculated on a lot more things in the draft, essentially. Hopefully more information about Summoners comes out seeing as they’re getting shown off and maybe, just maybe we’ll get some hint about Ultimate Amduscia?

Some images in this post were taken from Dengeki scans uploaded by Manta here. Click the link to check the rest out!