We couldn’t have a 2.5GB patch without some new tidbits to comb over and speculate on, surely? Well actually we could have… there have been larger patches in the past which just updated content we already had. This post wouldn’t be happening if there weren’t a few things to go through however! So this is was not one of those notorious patches.

As always, remember that datamined information is unearthing content that’s still heavily in development. As a result, things may change before content goes live or it may not even be added at all. Also somewhat self explanatory is that such data may contain spoilers for the story. I’ll warn when spoilery stuff starts.

As you can probably see, there’s a bunch of PSU items in there which are almost certainly related to the upcoming PSU Anniversary event. This event still has no date as far as I know. 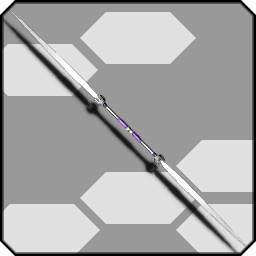 Among them are Crea Doubles and Huge Cutter, pictured above. Given how disappointing the likes of Stag Cutlery ended up looking in PSO2 I’m not holding out much hope for Crea Doubles but who knows. As long as they get the photon effect and weapon scale right it should be fine. If the text data is correct, you can get these weapons via limited Client Orders.

Ethan’s Illuminus coat and Mirei’s dress are the two new costumes. Ethan’s old Braves Jacket and Karen’s outfit were both already added to the game some time ago as part of some promotional deal I’ve long forgotten about.

As you can probably guess, Ethan and Karen are going to be the temporary NPCs added for the event. The pair of them give out Client Orders and the indications are you’ll be able to get their Partner Cards. While Ethan seems to wield a Huge Cutter, Karen wields Daggers of Serafi.

Along with weapons, there are a few affixes referencing PSU:

Essentially the Noble Boosts but without the PP. These are referring to the three main weapon manufacturers in PSU while roughly aligning with their specialties.

There’s also an Airboard lobby action. With it you could dress up as Ethan, trigger the Phantom Cars Etrial in Tokyo and recreate the greatest scene in PSU.

As far as the data shows, this is it for the Phantasy Star Universe event. We might see if there’s anything else in the next live broadcast in a few days.

The majority of the enemies aren’t worth mentioning in this post as you can go fight many of them yourself in today’s Story Quest. There’s a couple among the icons that warrant brief mention however: 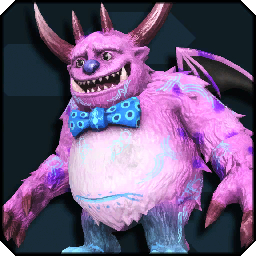 These two appear to be Phantom Laplace and Phantom Maxwell. I’m guessing this is so as Laplace’s AI summons Maxwells and well, one of these is quite a bit larger than the other… They took the philosophical concepts of Laplace and Maxwell’s demons fairly literally it seems. I also can’t help but think of Monster’s Inc a bit here…

Beyond Las Vegas, a bunch of new enemy names have shown up in the client and well… let’s just say they’re fairly interesting if you’ve been sticking around PSO2 for some time.

OK, the spoiler warning is here. Don’t read beyond this point if you don’t want potential spoilers for the story. If you’re good with spoilers, then carry on!

We good? Alright then.

So last time one of the newest enemies was simply named “Phantom Roach”. At the time, I did speculate whether or not it’d be a phantom version of a Goldrahda (as well as a regular earth Roach) and well, turns out it’s almost certainly that. In fact, there’s a bunch of Phantom Darker enemies:

I’ve stuck the name of the regular Darker equivalent above the internal names of the Phantom variants. .

So yeah, seems that Phantom Darkers are gonna happen during the story at some point. We do have some datamined storyboard icons. Although none of them show any visual confirmation of the Phantom Darkers themselves they do show one interesting and potentially related thing:

This appears to be Aru in something that resembles Dark Falz attire. Now, if you remember, Aru seemed to be the direct result of Darker energy infesting Hitsugi while she was in PSO2. Aru was Hitsugi’s avatar, so it makes sense that Darker energy of some kind resides in Aru. However, one key difference between “Dark Falz Aru” and the other Falzes is that his outfit has blue accents instead of red. Blue is the primary colour of the Phantoms, so it’s possible that Aru will become the source of Phantom Darkers in the future.

Of course, to awaken Dark Falz energy in the story so far the victim has had to experience intense negative emotions. To that end and with the contents of this thumbnail, the future might not be so bright for Hitsugi…

Anyway, that’s just my speculation. I could be wrong about all of this!

Some NPC enemies. While “kr” may be Kohri, ALT is a bit more ambiguous. It could be Aru or it could be Aratron Tolstoy. However, it having a “uniq” tag may be significant, as that’s reserved for story-quest versions of enemies that could appear in other missions. I’m not sure I could imagine Aratron to be big enough a deal to warrant that…

Byakko is the internal name for Tagamikazuchi, the white lightning EXP dispensing Banther remodel, affectionately known as “electrocat”. I have no idea why a new variant of this exists or what the significance of the letter “G” is.

This is also an odd one. While “dp” is normally reserved for Dark Falz enemies (such as dpfish, dpbird etc) I’m not sure what “p1” could mean in this context. Phase 1? In any case, if it is a Falz then Aru seems to be the best candidate as its host and this may well be a Phantom Dark Falz. But Phantoms typically have “ptm” in their internal names, so I’d expect that to be named en_ptm_dpp1 or indeed en_dpptm.

I’m at a loss as to what else “DPP1” could stand for. For all I know this could turn out like “DK” and be another collaboration boss of some kind.

That’s all for now! If anything else is found I’ll make a new post about it if it’s particularly interesting. There’s still quite a lot of files to peek through, so who knows what else might be discovered soon.