The Battle Arena patch was the first one in a while to contain any potentially interesting tidbits about what might be being added to the game in the future in a long time. Sega have generally been more careful about not giving the game away (or they’re working on less stuff…).

Anyway just gonna go over some of the things that were found by myself and others in the community. As always, remember that data-mined content is not representative of content that will be released, as the content might change or might never be released.

“PhantomShipEx” was spotted in the client. The reason why it’s signficant is “Ex” was used to denote updated versions of old bosses, including Elder, Loser and Profound Darkness (DpFishElderEx, DpBirdEx and DpAbyssEx respectively). Like the others, it appears to have updated attacks, but there’s no real details as to what these might be.

If this is coming out, it’s not on the current long-term schedule at least. I suspect it’s either going to arrive in the gap between the arrival of Deus Esca and Episode 5 or possibly even happen after Episode 5 is released. I guess this also potentially means that Hagito isn’t dead afterall…

It seems that Laia and Lumia will be joining us in the Arks lobby for part 3, if the text files are anything to go by. So with that information i guess we can speculate what kind of items are gonna be added. 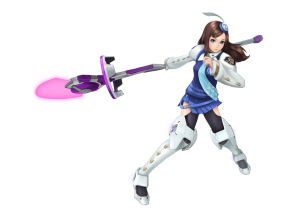 Lumia sports the Guardians Uniform F, which is an outfit already available in the game. Lumia used a Rod, so it seems safe to assume that she’ll hand out some kind of 13* rod like Emilia did. Honestly not a heck of a lot to say about Lumia as she wasn’t a terribly interesting character in general despite getting such heavy focus during Episode 3’s story. 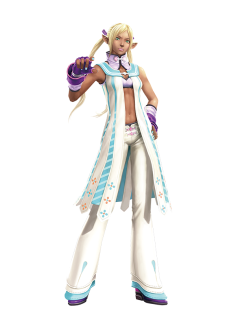 Laia on the other hand wears the Guardians Formal outfit by the end of PSU, which was one of my favorite outfits in the entire game. The outfit she’s wearing on the right was her original costume, but I assume that’s not going to be the one she’s wearing judging by the promo pic for the PSU event. Here’s a pic of Guardians Formal from PSU in case you’ve never seen it before. I kind of hope the PSO2 incarnation doesn’t look as tacky as some other PSU outfits ended up looking. I’m also curious to see how the physics on the outfit will end up looking; is the coat tail gonna be glued to the legs like in PSU or is it gonna flap wildly like a number of recent dresses in PSO2…

Laia is also a Beast, which is a race that PSO2 never got (even though it was in the data files here and there!), which has certain physical features not available to any race in PSO2. So I suspect what they’ll do is create a unique face model just for her, which is kind of nuts but they’ve done it before with Miku and Luka. I’m curious to see what she’ll end up looking like in PSO2.

As for her weapon…. she uses an axe and twin claws in PSU, so either a Sword or Wired Lance if I had to guess.

Occasionally, future enemies turn up in the data. The last major time this happened was with DPP1, which later turned out to be Escafalz Mother. There was also Ultimate Amduscia enemies which turned up in the data a full year before they were finally implemented.

Anyway so some new ones turned up with a completely new naming scheme:

Completely unlike anything we’ve seen before. You’ve probably noticed there’s a pattern to the names, such as “Sw, Ar and Bo” and “Sk, Go, Wo and Or”. What could these mean? Sword, Assault Rifle and er, Bow or Boots? The next four are anyone’s guess and what on earth does the “B1” mean anyway?

Poking around in the AI files determined the following:

The rest of the files either have setup stuff or nothing terribly interesting. Remember, this is content that is likely still being developed,  so a lot of likely to be missing.

So what we see is seemingly a selection of enemies with primitive tech. To hazard a guess, maybe these enemies are based on western fantasy tropes? Perhaps the “Go” stands for Goblin, the “Sk” for Skeleton and the “Min” for Minotaur? This is just wild speculation of course, I might be miles off the mark but being wrong is often part of the fun of speculating.

As these enemies don’t really fit into Episode 4’s naming schemes and seeing as Episode 4 seems to be coming to a end soon it’s plausible we might be seeing the first hints of Episode 5 content here. Could we really be heading to a medieval western fantasy land? We could, but I feel like it’d be a bit weird going up against Goblins and Orcs while wielding laser swords.

This would also continue their departure from the science fiction-y setting that fans have missed since we went to Space Japan in Episode 3 then actual Japan in Episode 4. Like I’m sure people who were hoping we’d go back to space again once we were done with Earth’s bullshit will be disappointed if my speculations turn out to be right. Who knows though, even if it does turn out to be Orcs and Skeletons it might be Space Orcs and Space Skeletons! Or it could end up being something completely different.

7 thoughts on “Towards the Future: Datamining”