So the stream of new information this month continues, this time from Famitsu magazine, showcasing some various upcoming knickknacks in store for the closed beta testers.

Shougai PSO posted a summary of the information in the magazine, which Ricardo of Bumped wrote up an interpretation of here. All of the images in this post are extracted from his scans here.

So there will be 3 new weapon types in the beta, one for each class. Namely Partisans, Launchers and Talises (or however you’re meant to pluralize that). 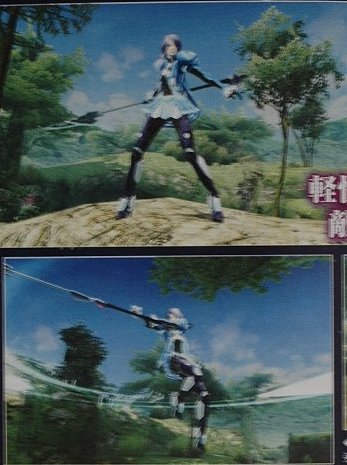 Partisans are Hunter exclusive weapons. Like swords, they can attack enemies all around the player. What’s the difference? They’re quicker and have a special action named “twirl”. Twirling will speed up your gear. Your guess is as good as mine as to what that means. 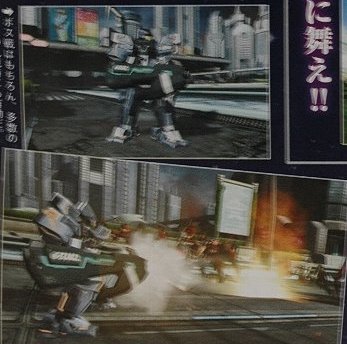 Launchers are Ranger exclusive weapons and as the name suggests they launch things which then explode. What you may not have expected is that they’re held like PSU’s Grenade Launchers, not like PSO’s launchers.
I’m honestly surprised by this, because I’d have thought a shoulder-mounted cannon would work much better with a TPS-style camera. Then again, maybe it would have just gotten in the way too much, hm. 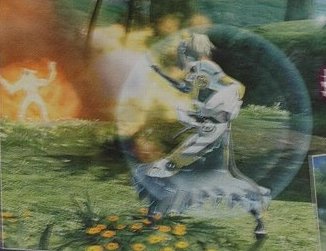 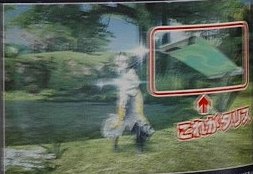 These weapons, along with the previously released ones will be the only weapon classes that will be available at the start of PSO2’s release. So there will be 8 different weapon types in total. That’s considerably fewer than PSU’s selection, but then again PSU had an awful lot of redundancies in its weapon selection. Mind, depending on how they handle Partisans in PSO2 they ccould end up making Swords redundant anyway!

Sakai has said that more weapon types could be added in the future. Well we already know that there are a few weapon types hanging about in the client’s data which have yet to be mentioned..But to recap:

The greyed out entries in this list are inferred from datamining efforts, thus are in no way guarenteed to appear in the future.

Yes, Mags WILL be in the closed beta. Making all your wildest dreams come true, as well as blinding you permanently if the photon blast screenshots released by Famitsu represent how many of the blasts will look.

Many of PSO’s photon blasts were more like PSU’s SUV weapons, bringing down a rain of pain in a short burst. This time around, they will take the form of summonable mythical beasts which will fight alongside you in battle.

Unlike both PSO and PSU, the character will be able to move while their photon blast fires off this time.

Finally, the Arks lobby has had a makeover. This time it’s arranged as more of a tower, with the various Arks counters directly above the shopping area, with an elevator in the center to carry players between the two floors. It’s reminiscent of the Laboratory area of PSO Ep2, so says Sakai.

Not sure why they felt the need to change it, but it’s not like I was particularly attached to the lobby the way it was in the Alpha either.