All I’m gonna do in this post is collect data related to new content that arrived with this update. A lot of this data is still being discovered, so expect the post to change in the coming days and possibly weeks.

The raid functions much like the Yamato raid; you’ll need to carve your way through a large pile of regular enemies before you get to the big boss itself. You’ll also come up against two different forms of Deus Hunas along the way. I’m just gonna summarise what happens at each part of the raid; this isn’t a guide for the best tactics to defeat him quickly. 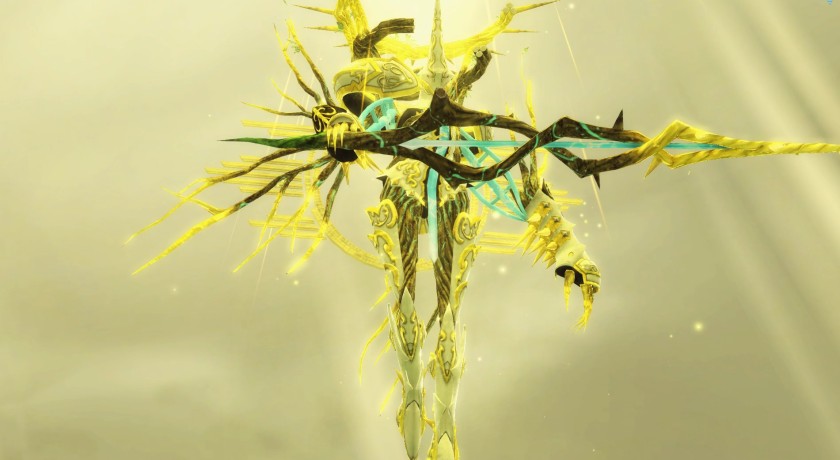 Beware of his lightning attack; it functions much like Falz Hunar’s ground slam in that it spawns multiple projectiles at once. If you’re in the center of them, unless you time a dodge or guard well you\ll be instantly incapacitated.

He doesn’t have a lot of HP so this part should be over quickly.

Not much to say about this section. Don’t run into the vines and kill anything that stands in your way. 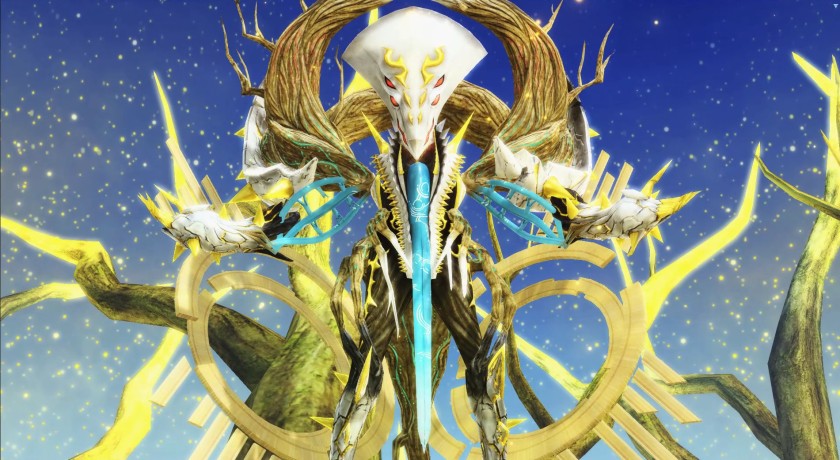 It’s Hunas again but with a hat and a new selection of attacks. Most of them aren’t terribly noteworthy though, so just hit him until a cutscene plays.

One attack to watch for is when he teleports into the center of the arena. The ground will start glowing; you’ll want to move to an area of the arena that isn’t glowing! These are typically at the edges closest or furthest away from him but the attack is also fairly easy to dodge with a step or mirage or any abusable i-frames. 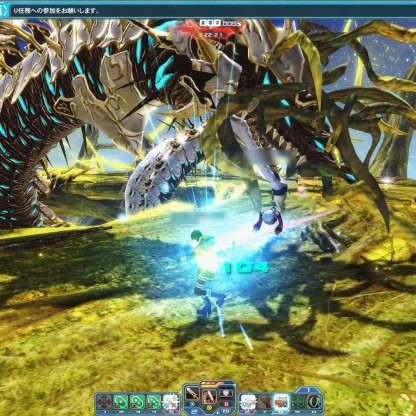 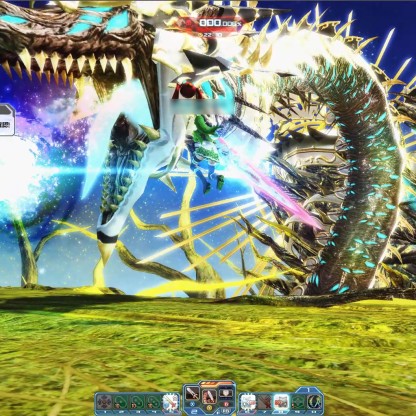 Beware, once Deus Esca recovers he’ll split the arena in two; if you’re near the attack use i-frames or you’ll take around 3000 damage.

This attack splits the MPA up; each side will have to work on their own snake heads. Once they’re down you can attack the core again 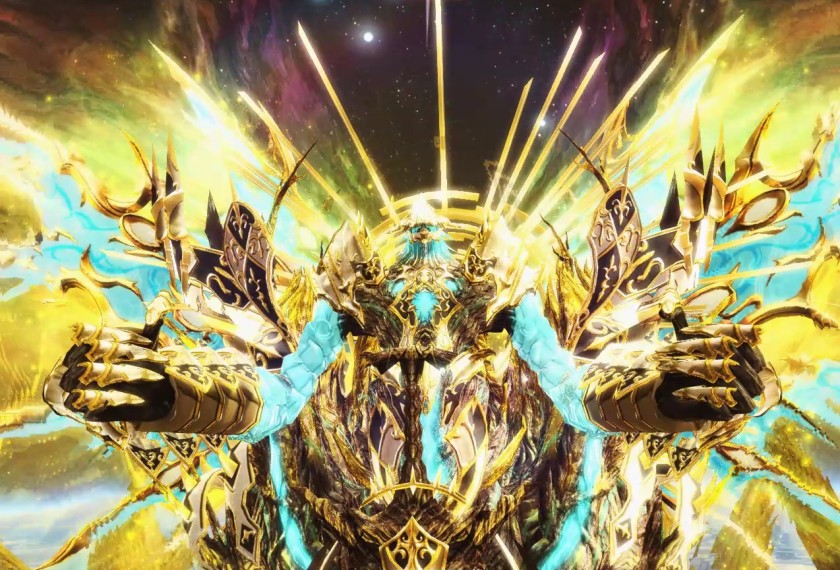 In this phase Deus Esca will start to use more aggressive attacks on the arena itself. However his core is permanently exposed, so attack it whenever he’s between attacks.

Deus Esca will blow up the moon, which is rather rude of him. This signals the final part of the raid which starts a 5-minute countdown. This is a DPS check; you\ll need to defeat Zephyros before this timer expires or else you’ll immediately fail!

Break the snake heads first to make him use attacks similar to the 2nd phase, then hit his core as hard as you can when you can to bring this god to its knees.

At some point you’ll deal enough damage to make the boss pass out on the arena. This is actually a secondary DPS race in that you’ll need to defeat the boss before it gets up again or else it’ll use a move that kills everyone in the MPA.

Clearing the raid gives you shots at 14* weapons, a 13* Rappy and any Zeinesis item. For the most part though you’ll be getting Nox weapons and 10* trash.

The boss drops special exchange items named Qliphad Fuses. Yes, ladies and gentlemen, we’re back to the stone-age. The boss typically drops 1-3 of them so you’re looking at an average of 60 runs to be able to afford the 120 Fuse fee for Qliphad exchanges or to unlock a potential. 90 if you want a full set of Qliphad units. That’s pretty rough…

The S-Atk factor finally arrives. It’s otherwise exactly the same as the other two factors. 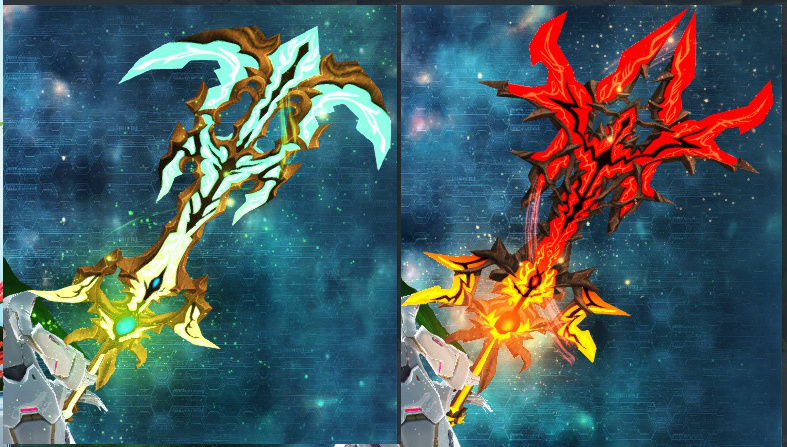 The difference between Zeinesis and Qliphad weapons is entirely cosmetic. You will need 120 Qliphad Fuses and the corresponding Zeinesis weapon in order to obtain a Qliphad weapon. Like the Ray series update, the weapon retains its grind, element, potential level and affixes.

Unlike the Ray upgrade however, it seems the weapon will force you into the Qliphad potential when you upgrade.

The names here are not translations of the actual affix names, just placeholders.

The “Qliphad potential” potential requires 120 Qliphad fuses in order to unlock. I’m not sure which of the three this is at the moment.

Zeinesis’ Special Ability Factor is “Sentence Triple”. It boosts all attack stats by 30, so it’s essentially equivalent to Modulator and can of course be stacked with it. It presumably cannot be stacked with other Sentence abilities. 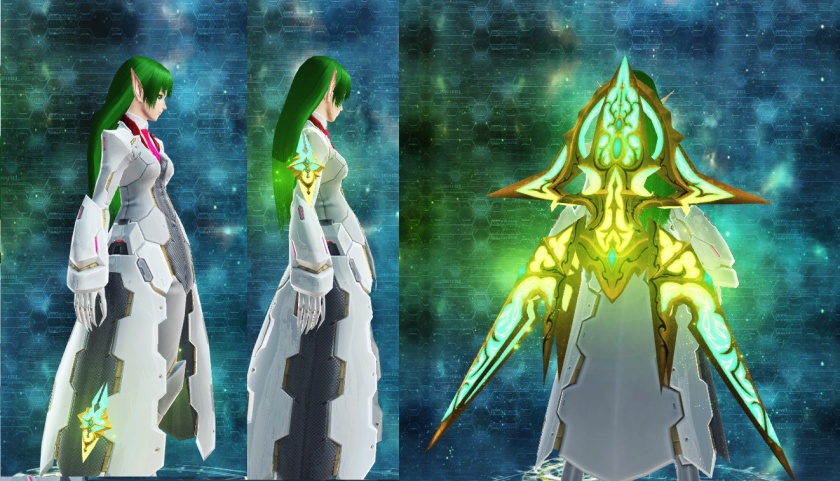 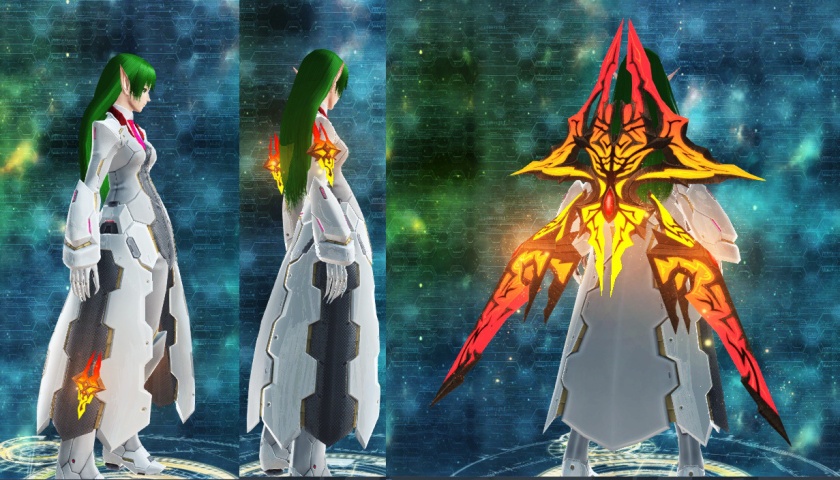 So it seems that Zeinesis units are more defense oriented where Qliphad offers more PP. The values for Qliphad likely aren’t going to be known for a few days as people collect enough Qliphad Fuses.

There does not appear to be a set bonus.

There’s very little information about them currently, as very few people have been lucky enough to obtain one then go on to share data about them. As such it may be some time before we know the full capabilities of these weapons. To put it into perspective, there’s still some confusion about the Escafalz Mother 14*s and she came out a few months ago..

Interestingly, this Wand comes with kinda low S-Atk. Kind of wierd when the potential seems focused on normal attacks and we know from the reveal that it’s innate ability is to speed up Step and Normal Attack speed. I guess we’ll have to wait and see how much it boosts normal attack damage by to judge this one properly, as well as how the shockwave functions (as in, does it function like Form Wand’s?)

A fairly handy innate ability, as you won’t need to interrupt your own attacks or lose PP to heal/buff your pet when it requests it. We also know from the trailer the staff will auto-cast Megid whenever you issue commands to your pet.

A double saber that turns DS whirlwinds into firey tornadoes.

DS Whirlwind is already how Double Sabers do a heck of a lot of damage (thanks to the DS Whirlwind Skill Ring) so the fact it boosts the power and duration of those is already enough to make this a potentially seriously powerful weapon. We’ll know for sure once the potential’s numbers have been worked out.

As the subtitle suggests, Episode 4 has gained its own version of Astral Soul. What’s more is it could stack with Astral Soul making for some potentially obscene affix loadouts.

You’ll need to do the following to obtain it:

So suddenly the likes of Yamato Factor become relevant again. Ether Soul shouldn’t be a problem as those souls are readily available; but supply of the factors will only occur when the relevant raid is up.

While you could combine it with Astral Soul it won’t be easy, however having both would give you 65 in all stats as well as 45 HP and 11 PP. That’s pretty nuts for just 2 affixes!

This would also make Astral Soul, Ether Factor, Returner V and Ability 3 the most solid all-round 4-slot affixes in the game. Getting it would be nearly impossible for most players, mind. For clarity, that would be:

I mean if we went completely nuts and shot for the stars you could go for Astral + Ether + Returner + Modulator + Doom Break + Ability  + MutaII. That would give:

The ultimate all-rounder unit. Or you could throw out the MutaII and put Stat V and Elegant Stat if you want to focus on one attack stat. This is so far into crazytown though I don’t want to contemplate it any.. 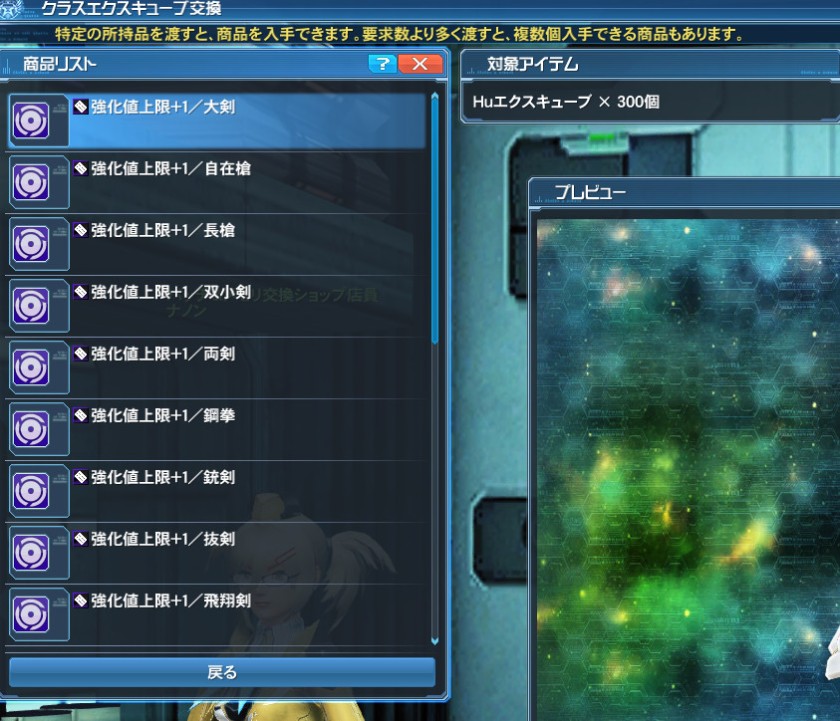