So it seems like PSO2 is set to gain quite a few additional outfits for players to dress up their waifus in, take shots of and then apply ridiculous photo-shop filters to. This post will cover all of the outfits that have been officially announced in one form or another.

These were announced with the update page but worth mentioning given I haven’t done so yet.

The bias towards female characters is staggering here.. Sakuya ModeN Repca appeared in Phantasy Star Universe as well. I didn’t care for it much then and I still don’t care for it much. Panis Repca feels weirdly out of place in PSO2 for me. It’s like an outfit from Aion: The Tower of Eternity’s gone and wandered in (the wing probably doesn’t help). Not really a fan of Urayukihime Repca. Phantom Queen Repca isn’t bad, I’m curious to see how it looks with under-armor on though.

That was a little on the negative side, I do have something positive to say for them and actually a number of the collaborative outfits coming up. The designs are nice and simple. Simple isn’t bad, in fact simple can be very good. There’s a somewhat appropriate phrase I can quote, it goes “less is more”. I was never a fan of over complicated designs for characters or clothing and PSO2’s native outfits have largely been too complicated in their designs for my tastes.

Finally, Crouch Replica. Or Kraz, as the official localization would have it, I’m not really qualified to judge the validity of translations all that well.  I can’t hate this outfit, no matter how hard I try. Somewhat related to this, there is a distinct lack of beards in PSO2. Episode 2 should fix this. Not saying it will, I’m saying it ought to because beards.

The Shining Girls Festa Scratch will be arriving tomorrow.

Some cross-overs with other Sega games were announced recently on “Game Maniacs”. Posting them below.

Did you mistake this for Ryu from Street Fighter? Go to the corner. Go on, get the corner and think about what you just did.

I’ve never played this series before but it appears it will be this outfit. Pretty nice looking, I think. I know there’s a fair demand for other Valkyria Chronicles outfits (particularly those that showed up in Phantasy Star Universe before), I guess it’s not impossible that they’ll be added.

Another was revealed in the Sega Collab Teaser here, from “7th Dragon 2020 II”. As this is a screenshot from a recording of a livestream, the image is low quality. 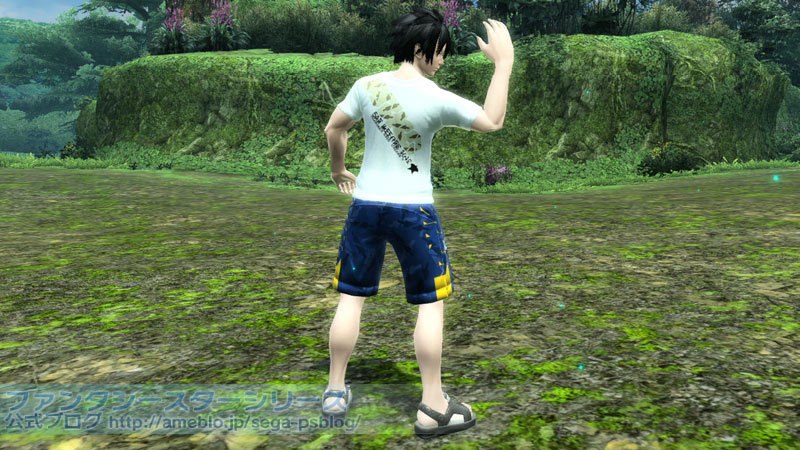 As far as I’m aware there’s no information on when these or the collaboration outfits will become available.

Just the one outfit with this one and of course it’s a female one.

That’s all. I figured at least the mech-suits would have become costumes given they turned up in Phantasy Star Universe before but nope.

There are some additional costumes, but they just seem to be re-skins of the festa outfits with a er, somewhat bovine theme.

Seems we’re getting this content on the 12th of June. Images taken from this video.

There was a teaser for Episode 2 released a while back which scrolled some concept art by the screen. I took the liberty of cutting them together into an image which I’ll post below:

The top-left in the above gallery has actually been announced just as I was making this post, more on that in a little bit. The rest however are nowhere to be seen as of yet. I know I criticize their imbalanced design approach to male and female clothing on occasion (how sexualized the outfits are for females and the lack of outfits for males) but I mean, come on. Look at them, just look at them. Ah well, at least the choice has gotten better. Last up is this pair: 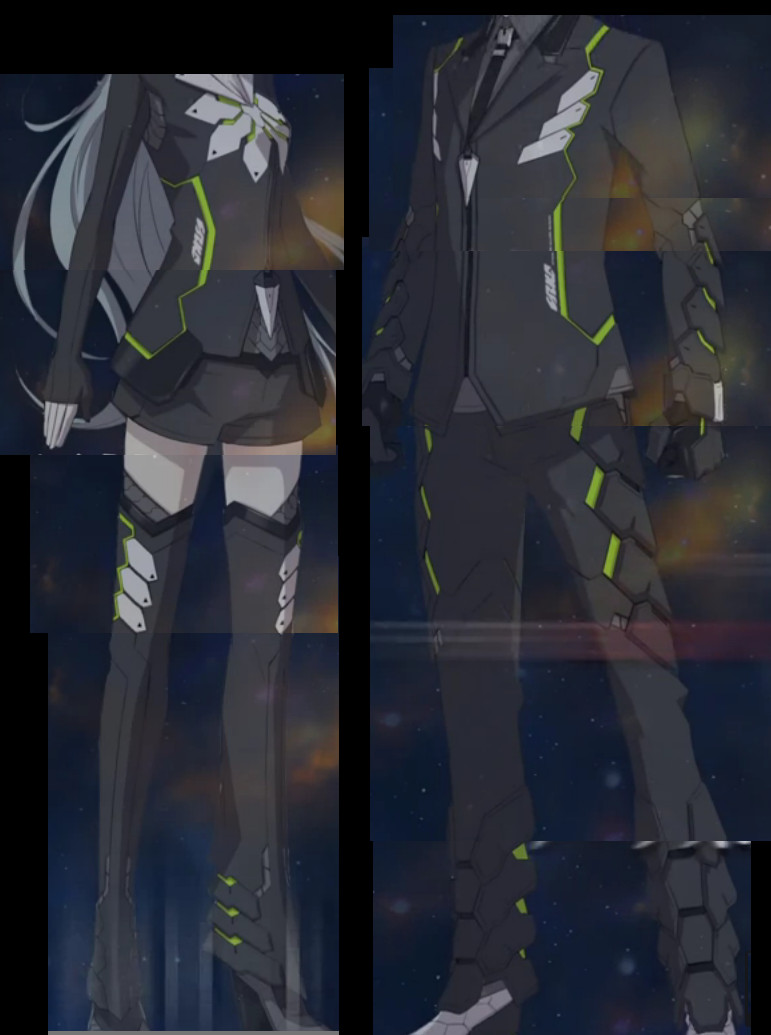 Now what could these be? Dewman default oufits, perhaps? My gut tells me they’re at least related to Dewmans in some form, particularly with the pale skin and white-ish hair they seem to have. The teaser blurs out the heads of each of these, which if they’re keeping Dewmans a secret would make sense. In Phantasy Star the head is typically where the racially defining characteristics of a race resides.

I may talk about the rest of the content in this trailer in a separate post, but for now I’m only concerned with the outfits. I’ve cut out screenshots from a recording from the recent Niconico livestream, so forgive me for the poor quality of the images.

It seems the wedding outfits will be back, this time in new colours. The Happy Wedding Scratch was the very first batch of Arks Scratch themes, although it hasn’t yet been a year since they were released. Other than that a pair of outfits resembling Catholic priests and nuns with the priest having been revealed in the Episode 2 teaser mentioned earlier in this post. I figured it would have turned up in the story before it ended up being released but, here it is. Finally what I assume will be named Ursula Replica, adding to the growing selection of outfits ported from Phantasy Star Portable 2.

The selection of outfits in this game certainly is growing at a speedy rate. Faster than the rest of the game’s content. unfortunately.