Today saw the release of Ultimate Amduscia. So was it worth the year long wait? Is the gear any good? This and other important life questions will be considered momentarily, while also throwing in some actually useful information.

Note that the community is still figuring a fair amount of things out. As such, the contents of this post may change in the coming days.

On an unrelated note, WordPress seems to kill the contents of

tags now. That’s why this post lacks the black bar titles that are in most of my posts these days. I can’t figure out a way to prevent WordPress from modifying my tags, so for now I’m having to use the default headers. Custom CSS is a paid feature so.. 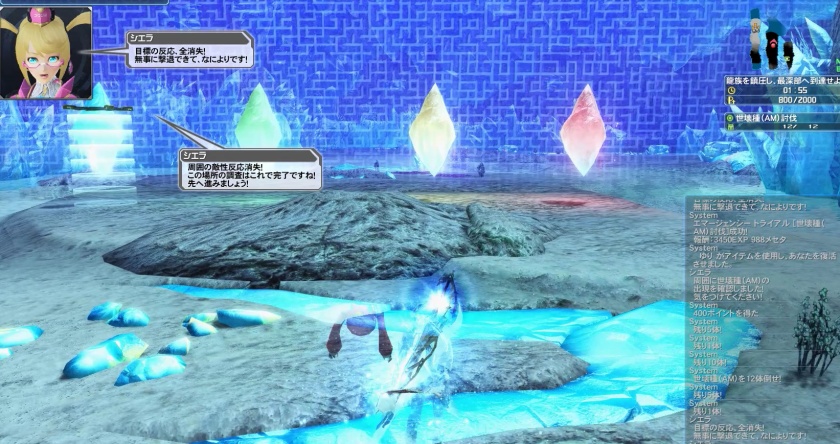 So rather than do the circuit-style of the other two quests, we instead have semi-randomized spawns with a fixed layout. The map is split into sections which you teleport to randomly, which then chooses from a small selection of fixed spawns. 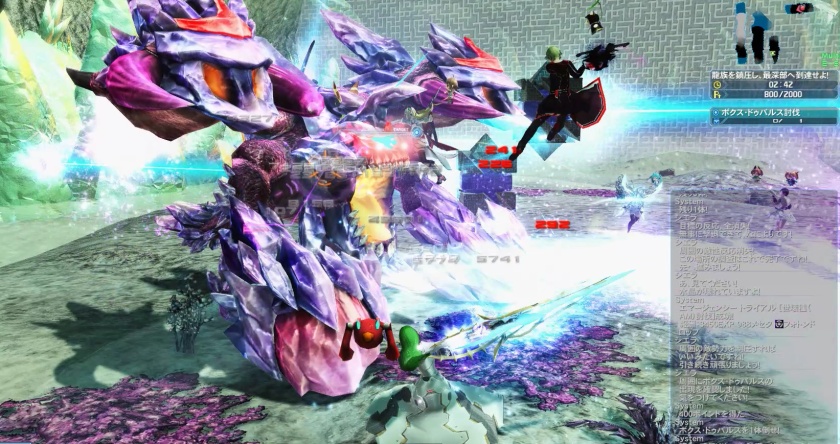 One of these sections is guaranteed to be a Box Duvals and it seems like every run has at least one spawn of Darker Abberations. There’s a chance one of the spawns will be replaced with an additional shot at a  boss.

After going through 4 different sections the big forcefield is dispelled and you’ll face off against either Gruzoras Drago or Drago Deadlion. After defeating them, the new Anga Fundarge spawns and after defeating that the quest is clear. So yes, you will always get an Anga Fundarge and at least one boss here, unlike in previous Ultimate Quests. 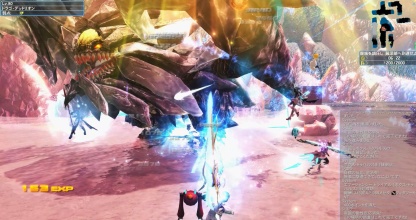 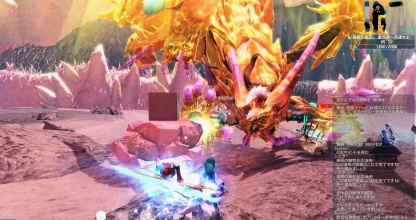 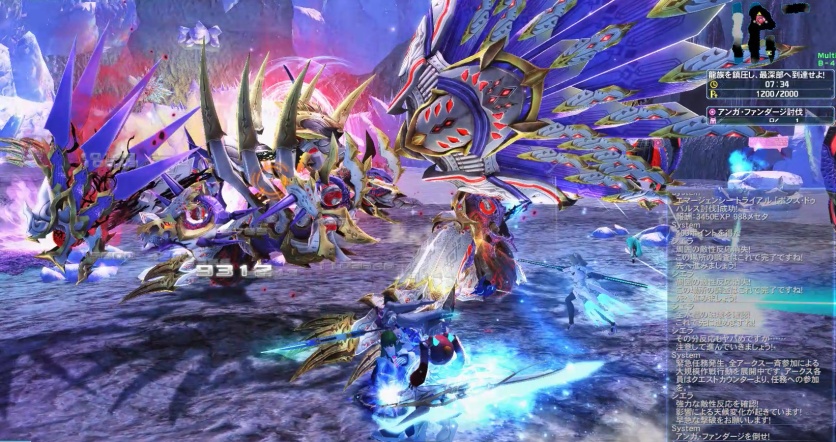 An average run should last between 6 to 10 minutes, depending on MPA quality and a bit of luck. Rank is based on time, with an S rank requiring you to clear the quest within 7 minutes. If you manage to do this, you’ll earn a title that rewards you with a Gix unit.

So yeah, I actually like this approach to the quest to be honest. It’s random enough but it gives you fair shots at just about everything the quest has to offer. This makes filling out the collection files much less frustrating than the Vegas files ended up being.

In terms of difficulty, it’s a little lacking for end-game players. Players at the top end are so well geared that very little gets to live long enough to do anything, but an average MPA may find things hectic enough that you at least don’t feel completely safe. I feel like most deaths will come from getting randomly combo’d in all the chaos.

Oh, and you’ll need to be lv75 on both Main and Subclass in order to participate. I’m not really sure why as the quest’s overall difficulty really doesn’t warrant it, but it’s there so you’re gonna have to deal with it.

The arrival of the Gix series, 12* units and a few other bits and bobs. I’ll go over what’s known here, but be aware that this is still being researched.

Ultimate Amduscia’s collection files all offer similar sort of gear; an 11* Sun God weapon matching the weapon class of the file and various 11*/10* junk. Each part of the file requires kills of a specific boss in the quest to progress. Essentially, only boss kills will progress you towards completing these files. 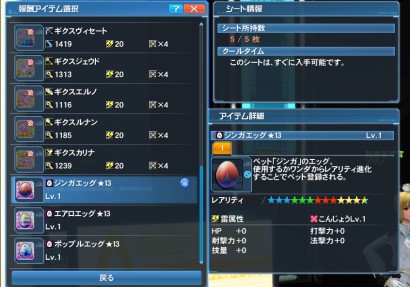 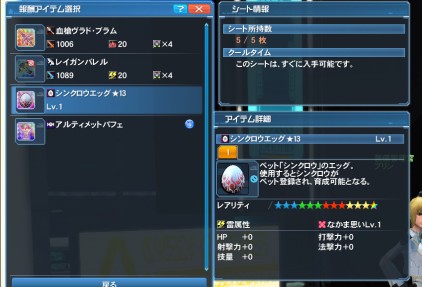 Summoner gained collection files for eggs, which is interesting in its own right. It’s also fair, all things considered, as pets are essentially their weapons.

Zinga, Aero and Popple require the same things as the Gix weapons do; kills of various Ultimate Amduscia bosses. They give out various candy board items, including a Spirita Cookie + 3, rolls of various types, 2-layer pancakes and candy canes.

Synchro was added to the Trick or Treat files, offering a 2-layer pancake, Technicookie and Stamina Cookie.

As for wether or not the new pets are any good I’m the wrong person to ask. I simply don’t play summoner enough to say. 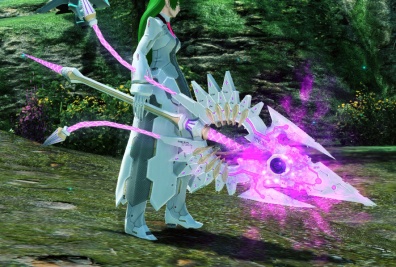 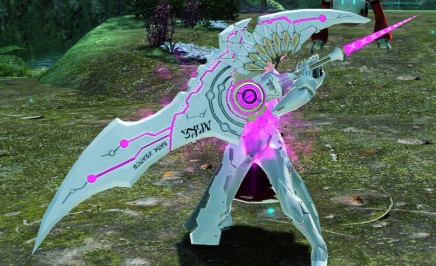 The Gix series boasts he highest base stats of all weapons in the game. On initial thoughts, the potential was unnerving but as it turns out it’s actually a strong set of weapons overall.

These are all conditions that are likely to happen very frequently making it overall impractical to stay at maximum power. That said, due to their high stats their base effectiveness is actually pretty close to Austere (within 2%) and you won’t have to wait too long before the weapon actually out-damages them. You may have to change your game-play approach in order to get the most out of them.

Should you upgrade from Austere? That’s up to you, personally I’d say refrain if you’re really comfortable with your playstyle. If you don’t have an Austere yet then I’d recommend getting one of these over it as they’re almost as strong at their worst and they’re much, much easier to get.

Due to the mechanics of the potential, melee users who only use one weapon type now benefit greatly from having a dedicated healer in the party. Keep the Gix using melee train topped up with Resta and they’ll be able to maintain max power for longer. The value of support-oriented Friend Partners may have increased a tad…

Of course the fact you can’t swap weapons is a bit of a liability if you’re aiming to keep max power up.

Less mainstream combinations can make use of these weapons; such as the self-healing HuSu as well as HuTe. Any melee combination that has access to Resta, Megiverse or some auto-heal that doesn’t consume Mate items essentially. I guess it’s nice they got chucked a bone, eh? Even with a weapon as strong as this behind it though, the likes of HuSu and HuTe would not be able to compete with HuFi for damage, so it’s really not recommended.

Names are my own interpretations. Let’s just say I’m no translater, so awaiting better names for em.

Kind of a nifty potential. In fact, the wand would have been pretty amazing were it not for the addition of Form Wand with Vegas a while back. If you missed that gravy train however, this would be a solid wand to pick up. Knockback immunity would be pretty handy for Knuckles too, with the damage resist making you that bit more durable while using Limit Break. I’m not familiar enough with Jet Boots to say if the protection from knockback would be that helpful.

12* units are here and they’re also remarkably underwhelming in terms of stats. We were told a little bit back by the developers that Austere units would not be becoming irrelevant just yet!

What’s with these limp set bonuses? I know they don’t want to make Austere irrelevant yet but jeez this is treading just a tad too carefully! The bonuses are so bad they may as well not exist. The base stat bonuses they provide are actually pretty alright, with the Ray set being particularly decent.

The main draw to 12* units is of course the ability to socket L / Skill Rings into them, allowing you to effectively equip 5 rings at once (including your R/Ring). While an alluring prospect, it does mean actually obtaining a full set of 12* units, which means you’ll need to re-affix the lot of them. Add in that you’re also losing a potentially decent set bonus and the whole thing is a lot less attractive. It may be better to hold out for a bigger upgrade if you’re already sporting a good set of units (Saiki, Orbit, Austere and a select few others). Again, like with Gix weapons, if you lack such gear then go for it.

So yeah generally an underwhelming update for those ready for the next tier of gear.I mean we don’t really have a new tier of content to use this gear on anyway, but that hasn’t stopped them before!

So yeah, overall it’s a fun enough quest. I like the approach they took with this one it’s just a shame the gear in it is considered underwhelming for those at the upper end of the gear spectrum. The enemies are fun enough, the bosses are particularly decent.Hopefully the quest doesn’t suffer the same fate as Riding Quests and end up near impossible to get runs going in the near future. However, the quest isn’t so difficult that you couldn’t just get a group of 3 or more people together to get a good clear. That’s at least one positive note with regard to the quest’s overall lack of difficulty.

Let me know if any information is wrong in this post. There was still some unknown stuff as of writing this, so as said at the start the post’s content may change.