This is referring to quests that you can begin from the Quest Counter. Not to be confused with Matter Board quests or Client Orders. 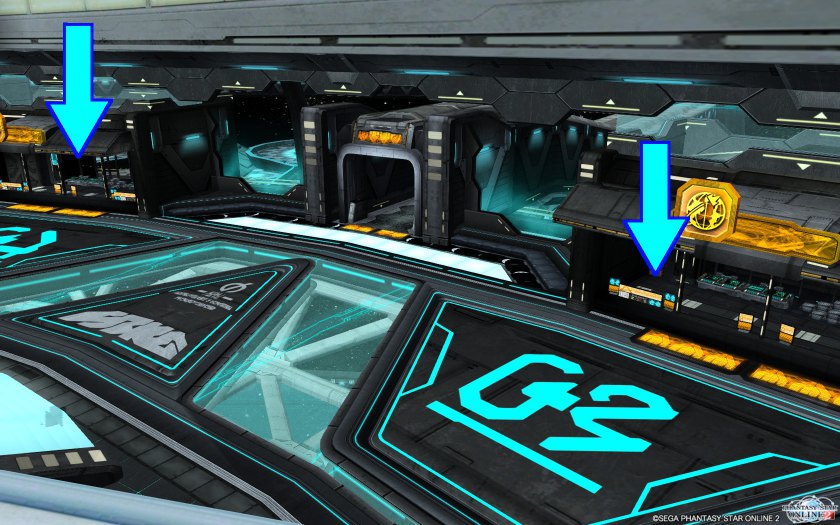 The Quest Counter is located in the Arks Lobby, which is where you spawn after having completed the tutorial. There are 2 NPCs who you can access the counter with, their locations are indicated in the above picture.

This is one of the NPCs. The title above her name indicates that she can grant access to a Quest Counter. Talking to this NPC will bring up the following screen:

Your three options here, from top to bottom are:

This guide will only concern itself with the first one. Choose that to start a new quest.

This window allows you to pick from different quest categories. There is only 1 on display here, namely “Arks Quest”. The number indicates how many quests are in the category.

Selecting a category will take you to this screen, which displays a list of the available quests. There are a number of ways to unlock quests, but this particular guide won’t be concerning itself with that. Highlighting a quest will show you information about it, including location, objective, monsters you will encounter and the items you may find there.

Note that the quest on display here is a special quest that was only available during the pre-OBT. 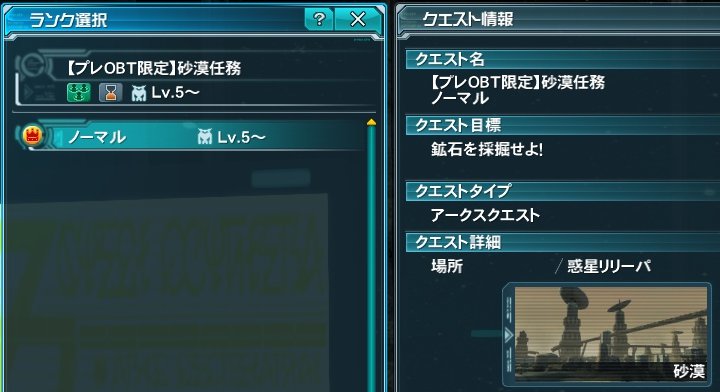 When you select a mission, you can then choose its difficulty. Any difficulties you do not qualify for will be grayed out. It will also be grayed out if a member of your party isn’t a high enough level for it. 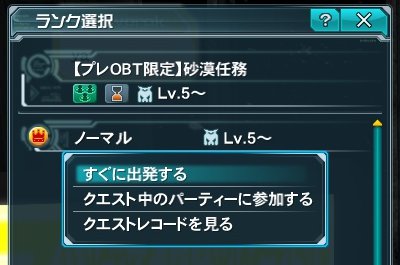 Picking a difficulty will bring this menu up. The three choices are:

This guide will only concern itself with the first option.

Selecting it will show you the party configuration screen for confirmation. From top to bottom:

When all your options are satisfactory, click OK to begin the quest. 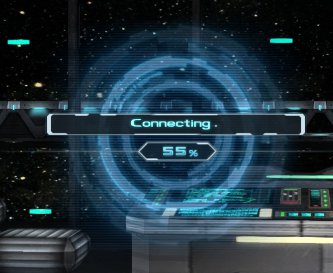 You’ll see this thing for a little bit. Once it’s done the quest has officially started.

With the quest started, you’re done with the Quest Counter for now. Head towards the space port indicated in the above picture. Entering it will take you to the Camp Ship. Once there, jump into the pool in front of you to begin adventuring, or whatever it was you set out to accomplish.